I was a pretty good eater as a kid. There were few foods that I disliked. Funny enough, it was some of these foods (namely avocados, sweet potatoes, sushi, and chunky tomato sauce) that became my absolute favorites as an adult.

Rice pudding is a newfound love of mine. I wouldn’t say that I hated it as a child, but I certainly wouldn’t have chosen it over simple chocolate pudding. Same thing goes for tapioca pudding. Why pick lumpy and chewy pudding over the velvety-smooth creaminess of a Kozy Shack chocolate pudding cup?

It wasn’t until I went off to college and started frequenting Thai restaurants that I fell in love with rice pudding, specifically coconut sticky rice with mango. When I went gluten-free eight years ago, rice pudding quickly became a safe dessert for me.  And it wasn’t hard to find once I started looking. Many cultures and cuisines have their own take on rice-based desserts. My friend Anna makes a lovely Lebanese version with rose water, and I adore arroz con leche at Mexican restaurants and kheer at Indian restaurants.

Eating tapioca ice cream in Rio de Janeiro gave me an idea: if tapioca pudding can become ice cream, why can’t rice pudding do the same?

This weekend, I pulled together the ingredients for coconut rice pudding and added a couple more essential ice cream ingredients (namely egg yolk and more milk). 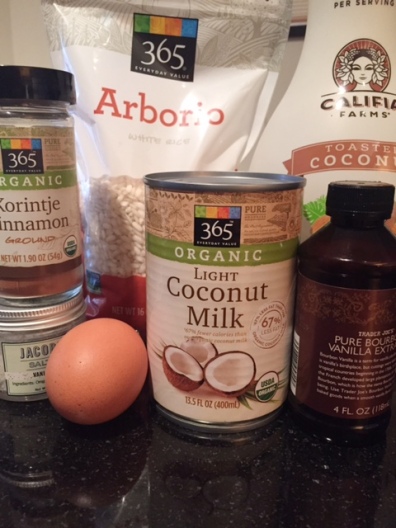 I began by cooking the rice in coconut milk, sugar, and salt on the stove top. This step takes about a  half hour and requires regular stirring. After that, everything else was a breeze. 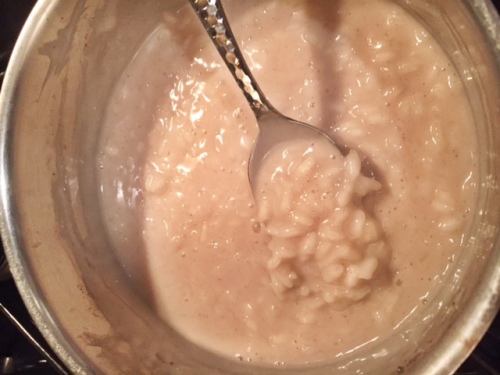 Once the rice was nice and tender, I added some more milk, egg yolk, cinnamon and vanilla extract and chilled the mixture in the fridge for a while. Once it had cooled off, I simply dumped everything into the ice-cream maker and let it churn!

Unlike some ice creams, this one came out of the Cuisinart mixer hard enough to eat right then. But since I was on my way out to dinner, I put the ice cream into an airtight container and popped it into the fridge for a couple hours. As soon as I got home, I scooped out a couple bowls for K and me. 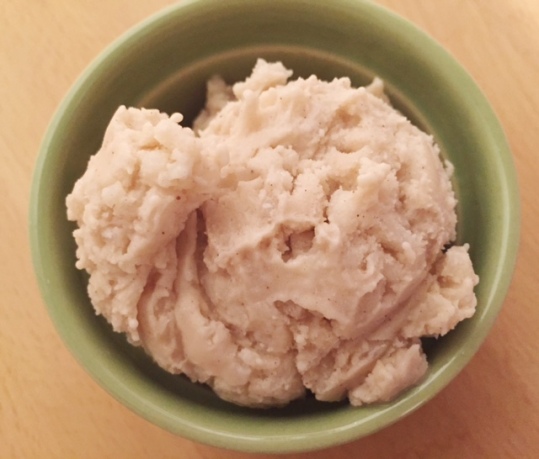 The verdict? K and I couldn’t get enough of this chewy, sweet, and comforting ice cream. The coconut milk adds a richness to the ice cream, while the cinnamon gives it additional depth. The rice remained quite soft and chewy; I think being cooked in coconut milk and sugar prevented it from freezing too hard. This is a fun treat for any rice-pudding lover. It’s an easy recipe, requiring no additional freezing time after the machine, so the payoff is big. I will note that this ice cream was quite chewy and full of rice. If you prefer a smoother texture, I’d recommend adding a bit more milk or coconut milk before freezing.